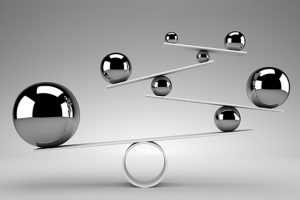 Power plays an important role in our lives and society. However, we mostly pretend that our organizations and relationships are governed by common sense and democracy. But hierarchical position often puts more weight in the scale than good arguments. And market power is commonplace in our economies, although largely absent in economic theories, models and policies. Furthermore, national governments are only in name sovereign. By putting their competitive position high on the political agenda, as most countries do, they implicitly acknowledge the power of international markets. Finally, in interpersonal relations, power plays also its part, in e.g. gender and race inequality. So, power is all around us, although we hardly talk about it.

Power is unavoidable where people live together. The argument is not to get rid of power, but, instead, to acknowledge the role of power. Than we can learn how to deal with power in a better way. We can understand the logic of power and its dynamics, both to individuals and between institutions. One crucial characteristic of power is that it is always relative to the power of others. Therefore, the desire to increase one’s power doesn’t end. Managing power properly has been a quest through human history. Democracy emerged as important step forward. The absolute power of the King was replaced by the separation of powers into the executive, legislative and juridical. This created a balance of powers and shows the direction to find contemporary ways to rebalance power. This is needed, for power has become more concentrated in the last half century. Concentrated power is linked to current societal problems, such as populism, inequality, obesities and climate change. Discussing and studying the dynamics of power, can help us to find new ways for societal progress.

My interest in how power works and how we can manage it better, resulted in my essay ‘Power and policy making’, which can be downloaded below. The European flagship project Enlightenment 2.0 provided me the boost to arrange my thinking and write it down. Based on a handful of very useful books, I sketch some main properties of power and the dynamics in power structures. This certainly is not more than a kick-off. I hope my essay stimulates that power will be discussed more openly. Let’s talk about power!

We humans are part of the wider living nature on earth. We cannot survive without other organisms. We need clean air, water and fertile soils. At the same time, we fully understand that we currently exploit nature. Global warming, loss… Read More

Employing people is too expensive and polluting the environment too cheap. A green tax shift is needed and is most effective when applied at the production side of the economy. Thus far, greening the tax system has focused on the… Read More

Clean energy is the crowbar in the energy transition

The shift towards energy without CO2  is technical feasible and affordable as well. Mandates for clean energy are key for the energy transition. See my slides for some main lines. TE 31.03

Tax shift from labour to energy

Already in the early nineties a broad Dutch coalition of unions, consumer organisations, churches and environmental NGO’s, advocated for a tax shift from labour to energy use. In 1996 the Dutch government introduced a substantial energy tax. It is now… Read More

During a meetup part of the European year of the rail, I will explain why HST is popular and at the same time infeffective in reducing pollution from aviation. November 1st. Download my slides.

Since the summer of 2021, I frequently presented the TNO-study Renewal of civil infrastructure - Dutch national forecast for replacement and renovation. Included are my views on the required improvments of asset management to get in control.

Together with Sigrid de Vries from the car industry, I disccussed the policy proposals from the European Commission to decarbonize mobility. Studio Automotive, 29 July, in Dutch.

How to make people travel less by car and plane?

March 30 I presented my conclusions about what does and what doesn't work. At an international webinar linked to the annual meeting of Transport & Environment.

The Dutch experience their tenths discussion about road pricing. November 6, I presented my views on this Boulevard of Broken Dreams. Advance reading: the social impact of road pricing.