Official data show that the average Dutch inhabitant rides now 4% less in cars, than in 2005. See the solid red line in the graph. This reflects the sum of kilometers as driver and passenger. Car traffic has increased by around 7% in the same 12-year period. The solid black line. Population growth and a lower car occupancy explain the difference between car mobility and car traffic. The average occupancy of cars has decreased from 1.5 to 1.4 in this period.

The dotted lines in the graph show the official government projections from 2014 till 2030 for both car mobility and car traffic. The projections are not consistent with the changing mobility patterns of the Dutch population (the red lines). Furthermore, the low projection for the growth in car traffic is in line with current developments, while the Government bases decisions on increasing highway capacity on the unrealistic high growth scenario (black lines).

In my book New Mobility, I explain the stabilization of car mobility. Main reason is that the average speed of the car did not increase any futher in Western-Europe since around 1995. The new urbanization reduces car mobility somewhat. Finally, because air travel grows so fast, people spent a little less time driving cars. 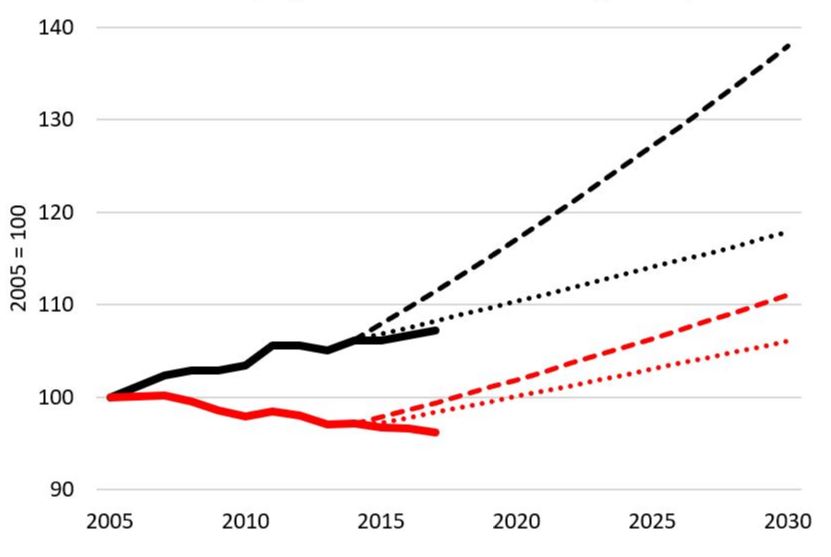 Five topics are kept off the table in the debate about mobility policy. Taboos are very effective in influencing policies. Relevant topics are kept out of publicity and off the political agenda. It is no surprise that these five taboos… Read More

End of growth in car travel?

Why has the growth in car travel stopped in Western Europe? Read my contribution to the Automotive Megatrends Magazine 2017 Q2. Speed - it's what drives mobility

Aviation needs to reduce its CO2 emissions to zero not far beyond 2050. Making people take the train instead of the plane is one of the options. I assessed the potential reduction in CO2 from intra-European aviation, by such a… Read More

The Social Impacts of Road Pricing

The International Transport Forum organized a Round Table, in which I participated as one of the experts. International best practices and new scientific insights have been combined to identify ways forward. The results are now available in the final report… Read More

June 25 I advocate for this tax shift for the Council of Partners of the Dutch organization of Social Responsible Companies.

June 12 I presented my views on how to deal with aging civil structures (in Dutch).

Our latest report finds that only synthetic kerosene (e-fuels), derived from renewable electricity, can be scaled up to the extent needed to drive down emissions from flying. @TimmermansEU @EUClimateAction @Transport_EU @AdinaValean transportenvironment.org/publications/h… Retweeted by Arie Bleijenberg 4 weeks ago 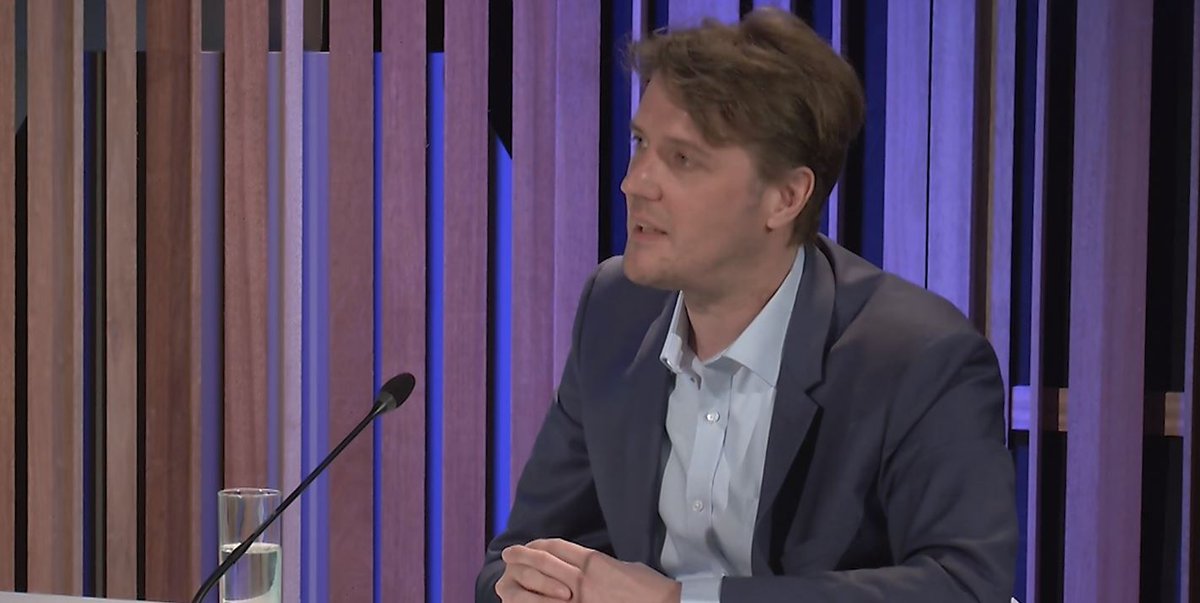